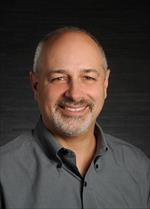 You don’t have to be the Bionic Man to have electricity coursing through your body. In fact, we all have electricity at work in our brains and heart. Electrophysiology is the study of electrical properties of cells and tissues, and Dr. Jeffrey Olgin, chief of the Division of Cardiology, is one of the world’s leading experts in the field of cardiac electrophysiology.

A healthy heart beats regularly, powered by electrical impulses from within the heart. However, disturbances in the way these electrical impulses start or propagate can cause heart rhythm disturbances (called arrhythmias), in which the heart may beat too fast, too slowly, or irregularly. There are many different types of arrhythmias, and it often takes quite a bit of detective work to accurately diagnose what type of arrhythmia a patient has.

One of the most common forms of cardiac arrhythmia is atrial fibrillation, which affects about 3 million people in the United States. It occurs when the atria, the upper chambers of the heart, quiver rather than beating effectively. “If you were to look at the atrium [during atrial fibrillation], it looks like a bag of worms,” said Dr. Olgin, wiggling his fingers to imitate the disorganized muscular movement rather than the concerted pumping action of a healthy heart. Although atrial fibrillation is usually not fatal by itself, blood clots can form when the atrium is not effectively pumping out blood. If a clot becomes lodged in the brain, it can cause a stroke.

Researchers still do not know what causes atrial fibrillation, but it is associated with high blood pressure, aging and sleep apnea. “We believe that atrial fibrillation is a late manifestation of a disease process,” said Dr. Olgin. “It may take years to develop the necessary changes in the atria that ultimately result in atrial fibrillation.” His research seeks to determine more about how this actually happens, in order to develop more effective interventions. Dr. Olgin’s current theory is that many patients with atrial fibrillation have fibrosis, or microscopic scars between heart cells. These scars do not conduct electricity well, and so when electricity pulses through the atrium, instead of flowing through in a smooth and coordinated wave, the impulse can become scattered and diffused.

Using a state-of-the-art technique called optical mapping, Dr. Olgin is able to conduct experiments to determine the electrical activity of the heart to study atrial fibrillation and other arrhythmias in the research lab. Thanks to new technology, Dr. Olgin can now see how electricity moves through the heart with a level of detail that was impossible just five years ago. Dr. Olgin is trying to find ways to intervene in the scarring process. “We’ve found one particular protein that seems to be a culprit,” he said. “In animal studies, if we prevent that protein from working, we can prevent the atrial fibrillation from occurring.”

Today, people who survive a heart attack have scar tissue in the heart that no longer contracts, and can interfere with the heart’s ability to pump blood. Medications and other therapies can improve symptoms, but as Dr. Olgin says, “Right now, we can’t make the pump better.”

Someday that may change, thanks to the potential of stem cells. Stem cells are unspecialized cells that have the potential to develop into many different cell types, such as brain, blood or heart cells. For the past few years, Dr. Olgin has been collaborating with Dr. Lior Gepstein, who is based at Technion – Israel Institute of Technology in Haifa, Israel. “Lior is one of the leading cardiac stem cell researchers in the world,” said Dr. Olgin. “He was the first person to take a stem cell and make a heart cell.”

Dr. Gepstein recently spent a two-year sabbatical at UCSF on a project that has now developed into an ongoing collaboration with Dr. Olgin. “We’re trying to see if we can use stem cells to treat arrhythmias, and finding ways to make sure cells integrate electrically,” said Dr. Olgin. With a laugh, he added, “Lior is the cell guy, and I’m the electrician. You need both.”

One of the questions they are investigating is how stem cells could be used to regenerate heart tissue in the border zone between scar tissue and normal tissue. “It’s in that border zone where all the arrhythmias originate after a heart attack,” said Dr. Olgin. In those zones, healthy and dead tissue are mixed, and sometimes electrical impulses flowing through that area go haywire. Dr. Olgin and Dr. Gepstein are trying to find ways to regenerate enough healthy cells in border areas to prevent arrhythmias from developing.

They are also looking at ways to create heart cells that could be trained to beat spontaneously, perhaps someday allowing dead heart tissue to be replaced by “tissue patches,” almost like skin grafts. But it is critical that any implanted cells also be able to “talk” electrically with the native cells around them.

Imagine a stadium full of people trying to do “the wave.” If one section of the bleachers is filled with fans who are blindfolded and listening to their iPods, they probably would not stand up and wave their arms at the right time, disrupting the whole group’s effort. Dr. Olgin is similarly trying to discover ways to make sure that stem cells are electrically in sync with their neighbors, particularly through the use of proteins called connexons.

This collaboration has huge potential to help people who have had heart attacks or heart failure. However, because Dr. Gepstein is based in Israel, it is very difficult to obtain funding from the National Institutes of Health. A generous donor has already contributed $2 million to the project, and has offered to match other contributions up to an additional $1 million. “This is a unique collaboration, and it allows us to share ideas and techniques,” said Dr. Olgin. “We wouldn’t be able to do this without philanthropy.”